First 100 copies will be signed and numbered by the band and includes mp3 Download Card. 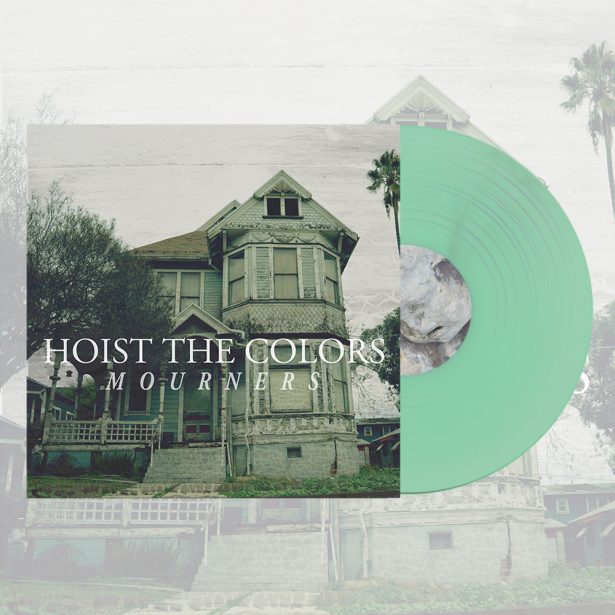 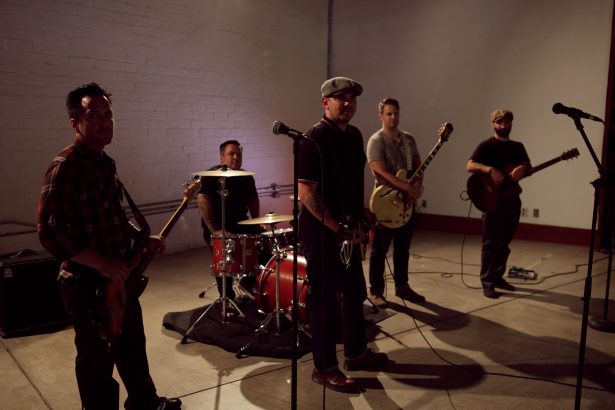 About Hoist The Colors–

A city like Los Angeles, where so many musicians are trying to be the “Next Big Thing,” can chew bands up and spit them out.

Hoist The Colors has navigated the rough waters of this city they call home by staying true to themselves, creating music they feel passionate about while accepting the inevitable evolution of their lives and their art.

Change is something the members of Hoist The Colors fully embrace. This idea rings true with their newest effort, entitled “Mourners”, their second release on Hardline Entertainment. And while the five piece are proud of where they are, they are even more excited about what lies ahead.

“We started in my living room”, explains singer and mandolin player Joshua Linden, “This band was never meant to do much more then play a few pubs and get some free drinks. But once we started playing around LA, we developed a following as well as a love for what we were doing.”

With the spark lit and a unique take on folk-influenced punk, the band released their first full length themselves, entitled “Second City”.  A year later, they found themselves back in the studio, this time signed to independent Hermosa Beach label Hardline Entertainment and recording their second LP, “Miles to Go Before We Sleep”. Artistically, this proved to be a turning point for the band, as they had finally found their sound, blending a mix of Americana and Irish folk, while leaning heavily on their punk rock roots.

Soon after the album’s release, the band hit the road, playing up and down the west coast and spending a month back east, sharing the stage with acts ranging from Death By Stereo to Old Man Markley, and once again proving they could play with any band from any genre of music.

Two years after “Miles to Go Before We Sleep”, the band began writing for a new album. Major obstacles hit the band, but with the upcoming release of “Mourners”, Hoist The Colors is feeling stronger and more confident than ever. “Mourners” is the most honest music the band has ever written, as the sound is solidified by soulful melodies, heartfelt lyrics, and a heavy dose of twang.

“I think on “Mourners”, we focused hard on spotlighting what we do best,” states lead guitarist Jeff Murphy. “None of us claim to be virtuoso musicians. We don’t have a gimmick or an over the top stage personas. But we can write a song. And we take songwriting extremely seriously.”

Although darker than the first two albums, ultimately “Mourners” offers hope and a message that some things must not be given up, especially one’s passion for the things that make life worth living. “Mourners”  is available for pre sale now and will be available for purchase on September 24th 2016 on iTunes and at HardlineEnt.com, and streaming on Spotify and Rhapsody.