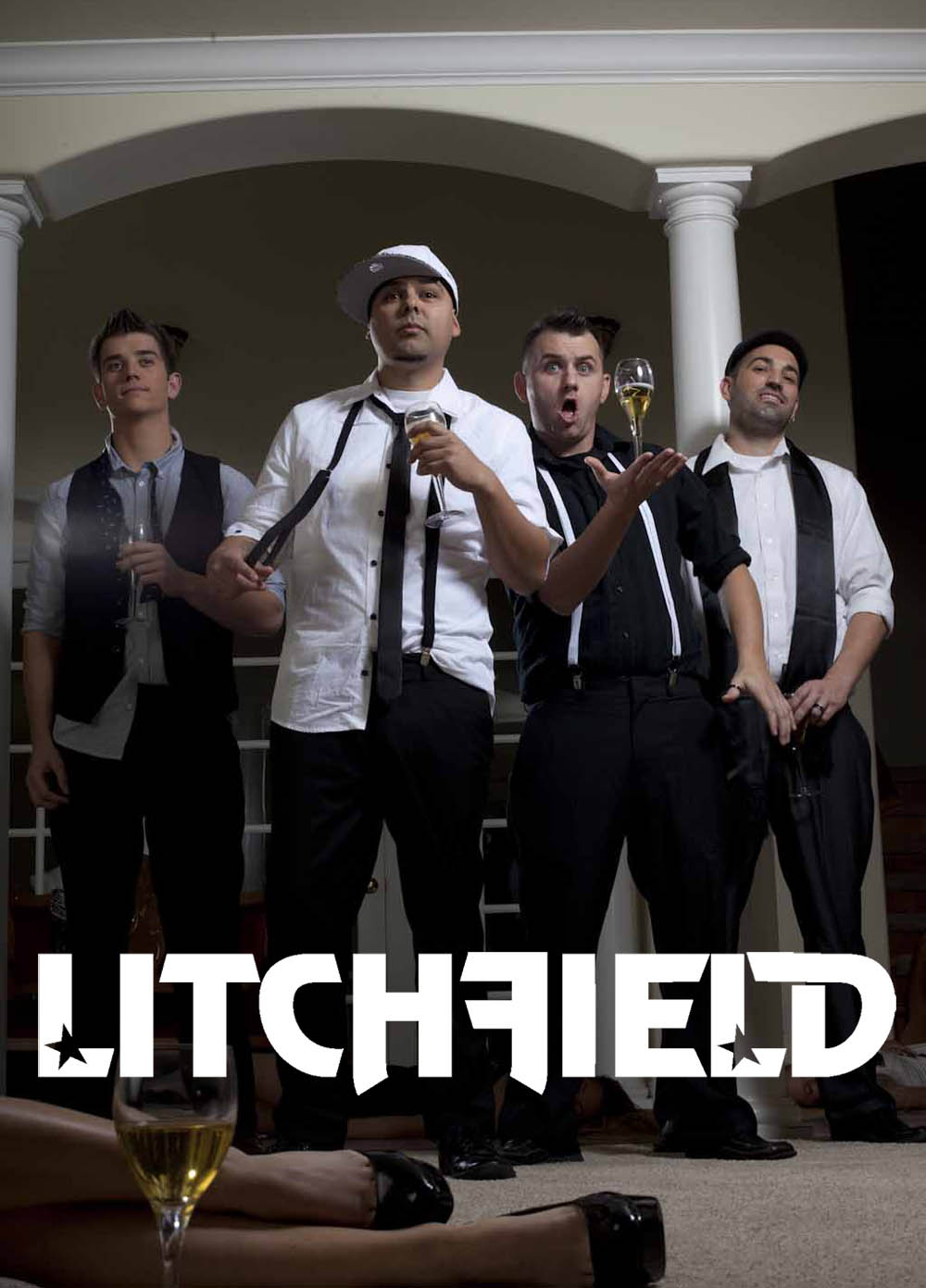 We are really excited to add LITCHFIELD to the roster of Hardline bands! Download a track off their upcoming new full length “The Party Life” that will be released later this year! Get a track off the upcoming record for FREE on the HARDLINE ENTERTAINMENT MUSIC COMP 3.

Growing up on Rock n Roll, House Parties, and California Sunshine, the Cali based Pop Rock Band Litchfield is all about having fun with their music and their fans. With the 2010 release of their “California Girls” EP Album, Litchfield set out again on the Vans Warped Tour to continue making a name for themselves. Having toured the country several times, Litchfield reached a new level of success in the summer of 2010 when their album the “California Girls EP” charted on in the top 10 on the 2010 Heatseekers Billboard Charts and reached Number 1 on the charts for both the East North Central and the West North Central Regions.

In the Summer of 2011 with the release of their full length album “New Beginnings” , Litchfield reached Number #1 in every U.S. Regional Market on the Billboard Heatseeker Charts for Albums on an Independent Label. Selling 13,937 copies of their Album “New Beginnings” Litchfield says that they plan to make their mark on the music industry and will continue to work hard, tour the country and write songs that make people feel good. Armed with a positive attitude, a good business plan, catchy songs that you can’t get out of your head, and the support of their Label Rogan Records, This band is destined to go far in the music industry. Consisting family and of best friends , Members Josua Helsel (Bass), Benji Hedman (Drums) , Mario SwagRock (Singer), and Adam Hedman (Lead Guitar/Backup Vocalist), Litchfield has become much more than just a band, it has become the story of 4 friends who continue to search for the meaning of life through music.

Litchfield is more than a Band, It is a Lifestyle. They started out by working hard and selling their music out of backpacks and walking the whole line outside of warped tour selling their albums. Now they have achieved a new level of success and are producing a more professional live show, higher quality music production in their albums, popular merchandise, and more tactical marketing strategies. In the future they believe that they will be a big part of the music industry, having a strong presence in radio, sales, marketing and playing large tours. They are looking to take their next step in the music industry by securing management and partnering with an established Record Label who can see the potential in their band and brand.