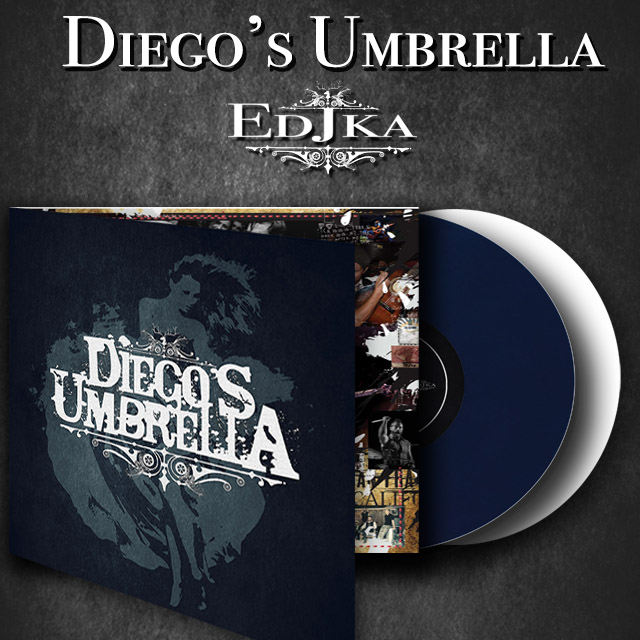 Diego’s Umbrella, San Francisco’s ambassadors of gypsy rock, are hitting the road and coming your way with their brand new record Edjka.

First 100 units will get Limited Edition Opaque White Vinyl Signed and Numbered in place of the Blue.

Having spent the last two years touring, writing, and recording, the band has been stockpiling audience-tested material and focusing on calibrating a distinct flavor. Their soon to be released fifth studio album, Edjka is set to release March, 10th 2017 and includes the Diego’s staple of fast and furious gypsy rock, along with some new elements including cumbia beats, indie pop harmonies, and a celtic punk attitude (as delivered in their hit single “You’ll Never Take Us Down”.

DOWNLOAD “You’ll Never Take Us Down” FOR FREE HERE!

The band has toured internationally many times over and performs nationally on a regular basis. The band has also been a featured performer at many major festivals including SXSW, BottleRock, Outside Lands, and High Sierra.

“This is our best album to date. It is raw and emotional, the combination of years on the road, finely tuned craftmanship and bold songwriting. What makes it even more exciting is that we’re teaming up with Hardline Entertainment for the release. This is gonna be an exciting year for Diego’s Umbrella.”