Pennywise and Theologian Records are teaming up with South Bay indie label Hardline Entertainment to reissue the bands early recordings on a single LP titled “Nineteen Eighty Eight”. The “Nineteen Eighty Eight” LP will include “A Word From The Wise” and “Wildcard” EPs as well as tracks from the “Soul Arch” compilation featuring covers of Black Flag’s “Gimmie Gimmie Gimmie” and Ben E. Kings “Stand By Me” which have always been crowd favorites at the band’s shows. The LP will be available in red, blue and green opaque as well as a very Limited Edition black and white swirl that will be numbered and signed by the band.

250 Limited Edition black and white swirl numbered and signed by the band-SOLD OUT!

250 Limited Edition black and red swirl numbered and signed by the band-SOLD OUT! 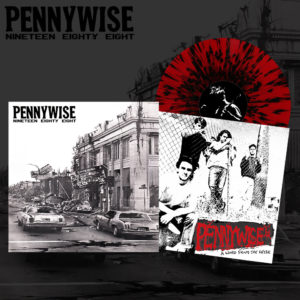 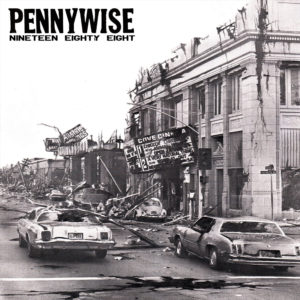