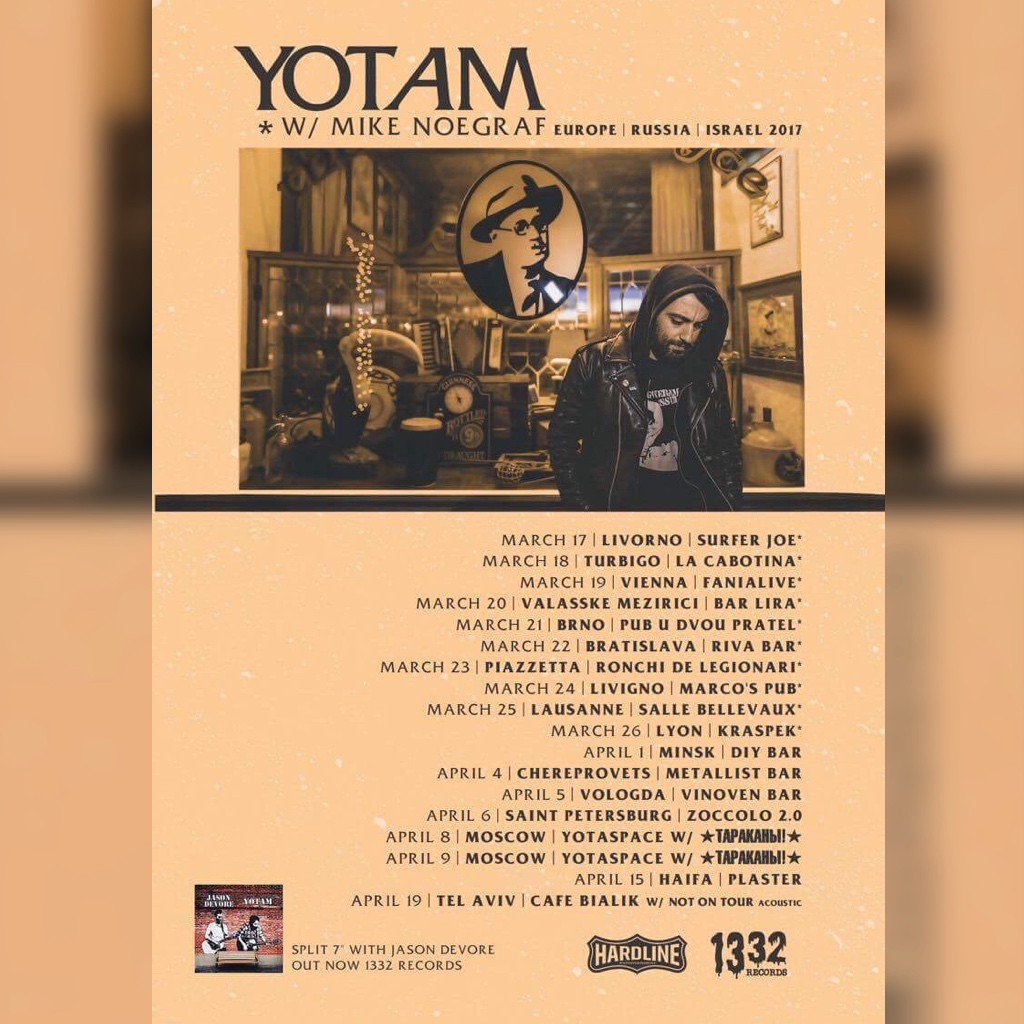 Yotam of the Israeli punk outfit Useless ID is set to embark on yet another solo tour throughout Europe, Russia and Israel. Yotam is also releasing his True Traveller Documentary which shows highlights of his first tour of Russia/Belarus/Ukraine. His never ending travels throughout the world entertaining fans of all shapes and sizes continues…

“It was May 2016 when a longtime friend from Belarus decided to put a Russia/Belarus/Ukraine tour together for me and bring a camera man along for the ride, I’ve been there a few times in the past with Useless ID but never alone as a solo act but since I like adventures I went along with it and was great beyond expectations, ever since I’ve been to Russia 3 more times and next month will be my 5th time in the span of less than a year, the crowd is simply amazing in that part of the world and I’m glad I got to see it and have the short documentary “True Traveller” to show for it, European Tour with Mike Noegraf starts in 2 days..I will spend 4 days in Israel once it’s done and head back to Russia right after ending the tour at YOTASPACE HALL with the great TARAKANY!”  Yotam-