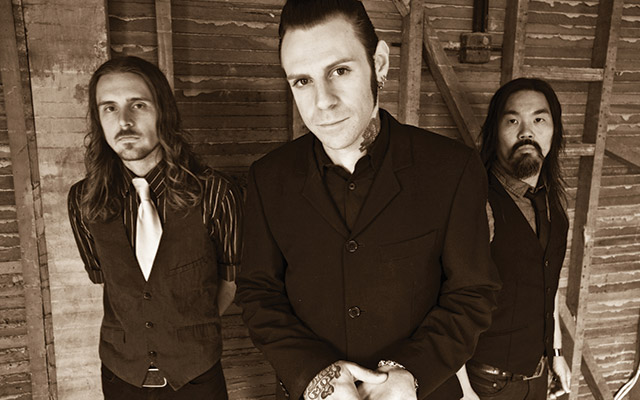 From his early punk days with Dee Dee Ramone to current performances with Corey Taylor of Slipknot, guitarist Christian Martucci is no stranger to diversity.  In 2010 he recruited bassist Pat Kim, drummer Dylan Howard of Unwritten Law and THOUSAND WATT STARE was born.  The trio released their debut EP, recorded in just one day, to enthusiastic reviews.  Amp Magazine hailed them as “the saviors that rock music has been looking for,” while publications such as Roar Music Press called them “pure rock n’ roll genius.”  The band spent the rest of the year touring the west coast and began selling out venues as far as San Diego.  They added 2nd guitarist Trevor Howard and returned to the studio in 2011 to begin work on their debut full-length album “Silver Dimes.”  The new album takes a shift from the straight ahead punk-influenced rock n’ roll heard on their early EP to much heavier, darker territory.  “I’ve been in a few bands over the years that were expected to sound a certain way and it just never made me happy,” says Martucci.  “It’s all about feel…  That’s the thing that makes this band special to us.  There are no rules.”