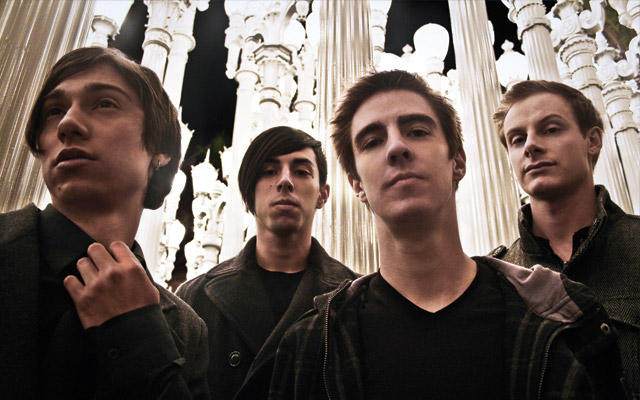 PHATHOM’s, (originally called Section 8), four members (Anton, Jason, Matt and Yannick) shared a strong love for a powerful live performance, as well as being able to express themselves’s through the different mediums of art. The band’s first EP “Destroy the World Before Bedtime” sent the band rolling in the right direction. The self released EP sold over 700 copies on its own. The CD sparked a fire that immediately ran rampant in the Los Angeles local scene.  Just months after the EP’s release the band was continuously selling out local shows and drawing a more and more loyal following. With this the band began work on their second EP “The Halo Effect” After two months the CD was released on Halloween night 2003. The five song CD was the fuel they needed to bring their music to the masses…This EP has sold over 2500 copies to date. They then spent almost 2 years recording their first self titled release. Wanting to expand on their fan base the band began a heavy touring campaign of which they sold over 8,000 copies strictly from the road.  After three successful West Coast tours the band started on their first US tour. Many tours later,  including tours with bands like Bane, Strung Out, Unwritten Law, A Wilhelm Scream, No Use for A Name, Avenged Sevenfold, Stretch Arm Strong, 2 entire Warped Tours as well as playing over 70 High Schools across 5 states, the band continues to call the road their first home. They continue to be featured on many websites and have been at the top of both the Myspace.com and Purevolume.com charts. Fuse TV featured the bands song “Succubi” off their self titled full length as the intro song for “Warped Wednesday’s” all last summer. Fuse has also done 2 feature pieces on the band this summer for “Warped Wednesday’s” With the release of their latest full length “Zombie Love”  the band hopes to shatter old music standards and pull a whole new audience into a different musical direction. With all of their hard work and perseverance PHATHOM has been recognized as one of the most successful and hardworking independent bands in the scene.