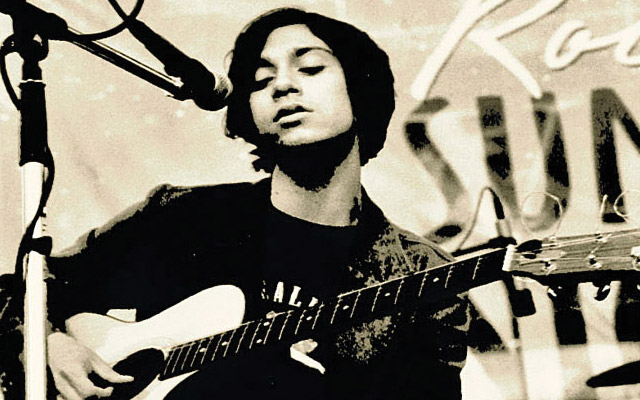 The difference between a dream and a goal is that a goal can be accomplished through a defined path. While many kids dream of becoming a musician, 25-year-old Matthew Sikora made it his goal and followed the arduous path that he carved out of stone to accomplish it.  While loyal fans know Matthew Sikora for his work as lead vocalist and guitarist in Phathom – an independent, hard-rockers band out of suburban Los Angeles, Matthew has broken new ground with his self-titled debut solo album.

What Matthew has managed to put together is an exciting blend of soul-searching, ethereal, yet down and dirty alternative rock that’s fused with brash passion. Matthew’s talent as a singer-songwriter/guitarist transcends previous work. This talent was honed through a decade of playing in Phathom and touring the country.

“After multiple, full-length Vans Warped Tours and opening for bands like Strung Out, No Use For A Name, Avenged Sevenfold, Authority Zero and Unwritten Law (whose front man, Scott Russo is a cousin of Matthew’s), it’s been an incredible experience to play with the very same artists that I grew up listening to and being welcomed by a crowd with open arms”

Matthew’s influences range almost cyclically by each song – from the Beatles pop, heard on the upbeat “Hollow Day;” the rollicking slide guitar that flavors the Southern rock-tinged, “DR. D;” all the way to the theatrics of Bowie and Queen on the closer, “Bring Me Back.”

This latest endeavor truly showcases an eclectic and imaginative soundscape that will leave the listener absolutely fulfilled on both a musical and emotional level.

The album drops September 21st, 2010 on Hardline Entertainment. Be sure to check out the music video for “DR. D,” Directed by young filmmaker, Scott Stockhamer.