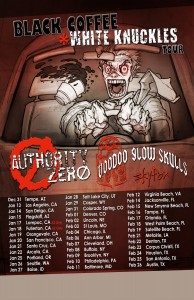 Check out this latest interview from Authority Zero on G4 TV’s Electric Playground!
Shaun catches up with lead singer Jason Devore and talks about their latest release, the bands roots and more…