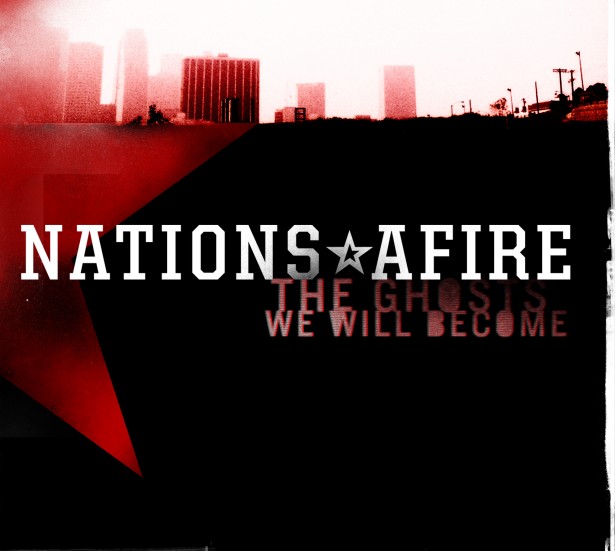 If you are not familiar with Nations Afire yet you will soon get to know the Southern California quartet that features Chris Chasse, former guitarist for Rise Against (Siren Song of the Counter Culture ‘04 and The Sufferer & the Witness ’06), vocalist/guitarist Nik Hill and bassist Brett Rasmussen who are both long standing members of the Orange County hardcore outfit Ignite and drummer Todd Hennig was the percussive force behind Death By Stereo for three albums. Bassist Brett Rasmussen explained: [quote]Most of us have known each other for quite a few years and we were all really excited to put together a new band that would be more than just a side project[/quote] 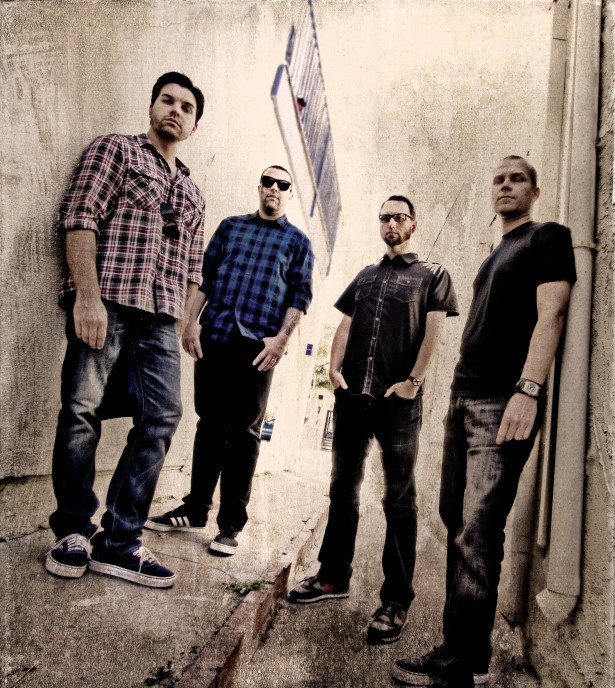 Having recorded their debut album “The Ghosts We Will Become” at the legendary Blasting Room Studios in Ft. Collins, Colorado, the same studio that is responsible for many great albums from Rise Against, All, Nofx and Propaghandi. Singer Nik Hill stated “We were really excited to record this album at the Blasting Room and work with guys who are responsible for so many incredible albums”. The songs are a genuine blend of rock, hardcore and punk fusing all three elements together to create a powerful album. Standout tracks from the album are the title track “The Ghosts We Will Become”, “I Am An Army”, “Nine Lives” and the acoustic number “Even The Blackest Heart Still Beats”. Nations Afire has taken the experience and hard work ethic that helped make their previous bands staples in the punk/hardcore community and combined that with intense, energetic and melodic pieces of music to craft their own identity. Having recently signed to Hermosa Beach based indie label Hardline Entertainment “The Ghosts We Will Become” is set for a July 2nd 2013 release date!