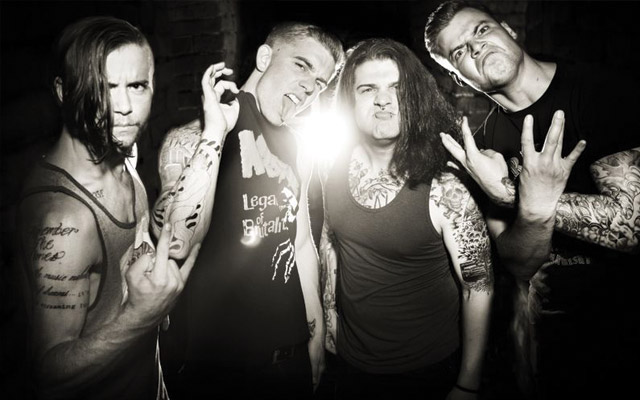 AllurA is a Metal band from Los Angeles, CA. Brothers, Chris (Vocals) and A.J. Bartholomew (Lead Guitar/Vocals)  have been playing in bands together for over 13 years straight, and counting.

In 2007 when given the opportunity to play the entire Vans Warped Tour, they formed AllurA with guitarist Taylor Killam, and have been going strong ever since. Zacc West and Steven Davis, longtime childhood friends, were natural choice to join AllurA when earlier members left the band. Since the AllurA’ inception, they have been a part of the Vans Warped Tour 4 years in a row (’07, ‘08, ’09- FULL TOUR, ’10- SELECT DATES). The band has done countless DIY tours as well as having played with the likes of many international touring acts such as Pepper, Ignite, Authority Zero,Death By Stereo, Face to Face, Steel Panther, Falling in Reverse, and many more. The band has also released 2 full length studio albums.The Organization of Sound and Silence (2009) and their latest True Colors (2011 on Hardline Entertainment) which was recorded at The Porch in Hermosa Beach, CA. AllurA was chosen to be in a commercial for Hewlitt-Packard Computers which has been running world-wide with heavy rotation since January ’12.  They werealso featured on Vans TV’s “Pass the Bucket” Fletcher Dragge of Pennywise talks about the work and struggles AllurA has been through over the years along with the opportunities him and Ken Seaton of Hardline Entertainment have been able to present to them over the years.